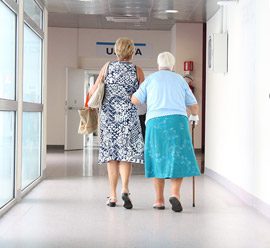 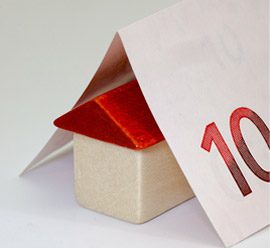 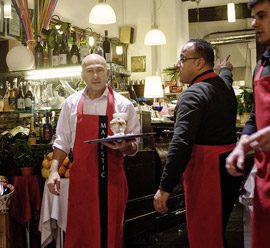 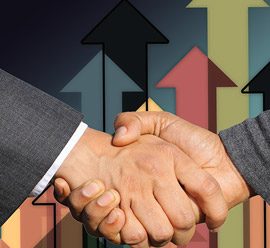 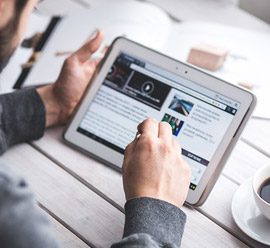 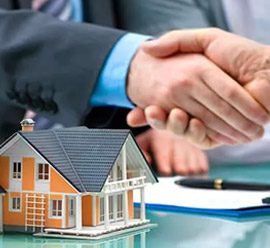 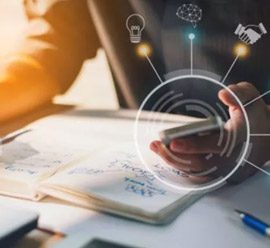 Technology
Many More Look at our industries served 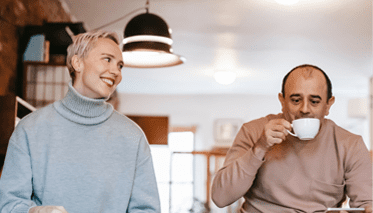 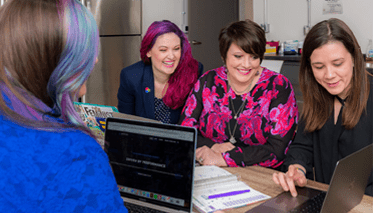 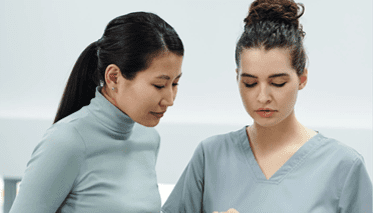 Turning a Vision into Reality

“it is not just work, but to make things happen we've never thought possible”

Shape your future
in an Inclusive Culture 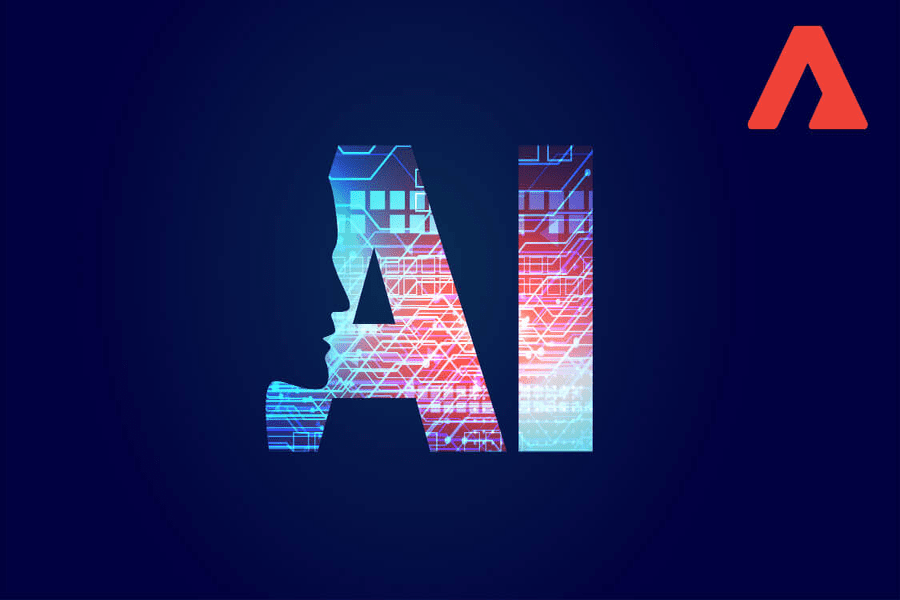 8 Ways a Business Can Use Augmented Intelligence 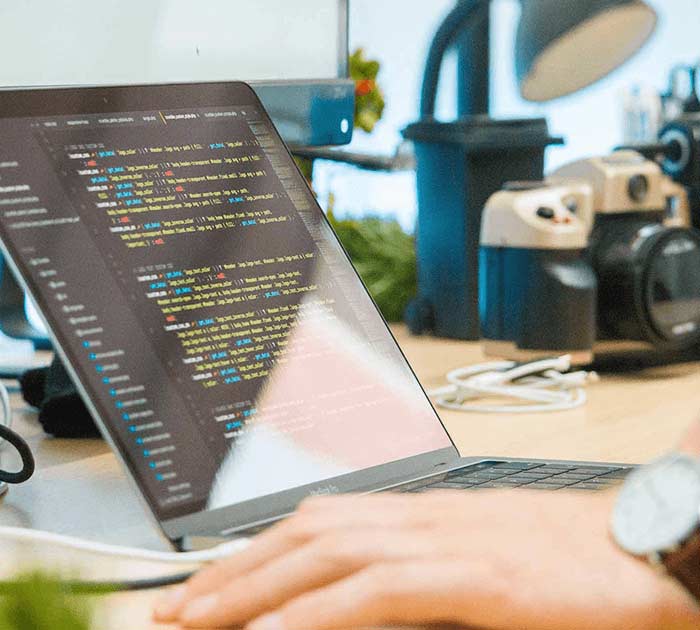 Why Ruby on Rails is the Ideal Backend Technology 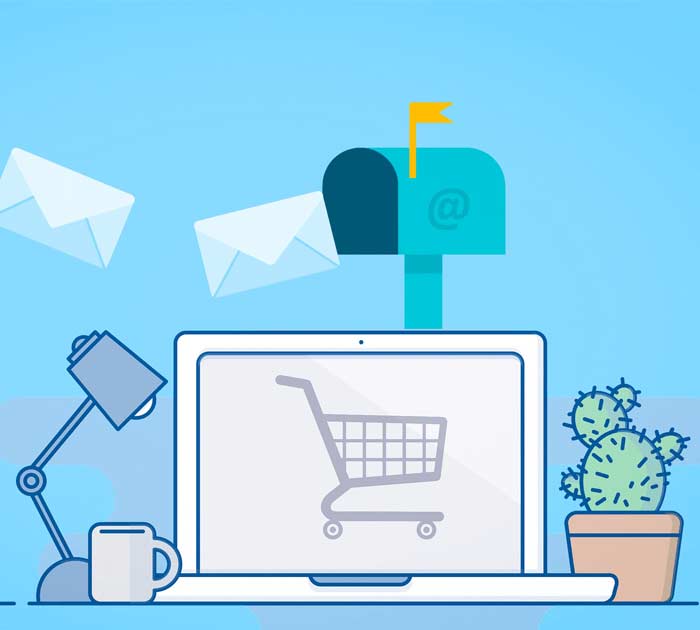 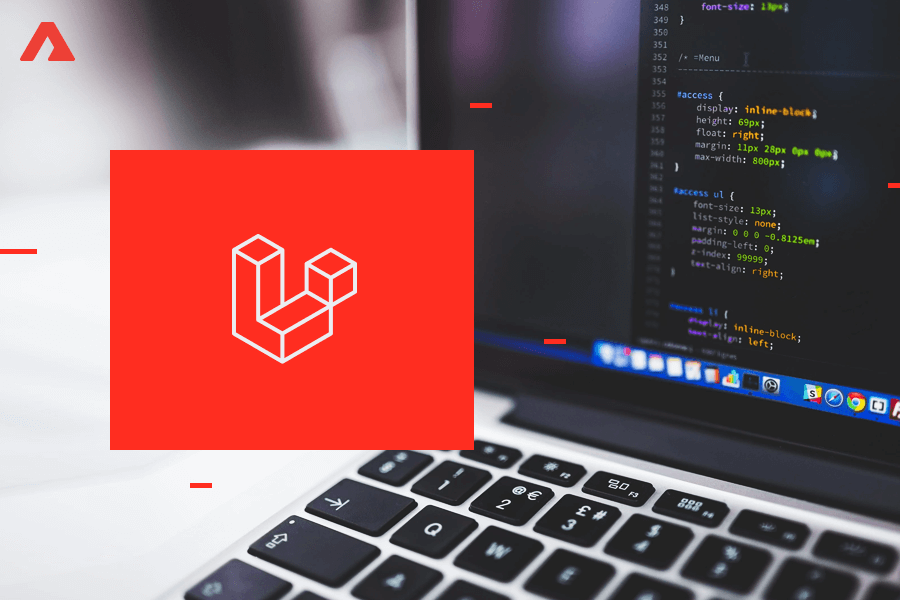 How Laravel is the Finest Option for Developing Web Applications 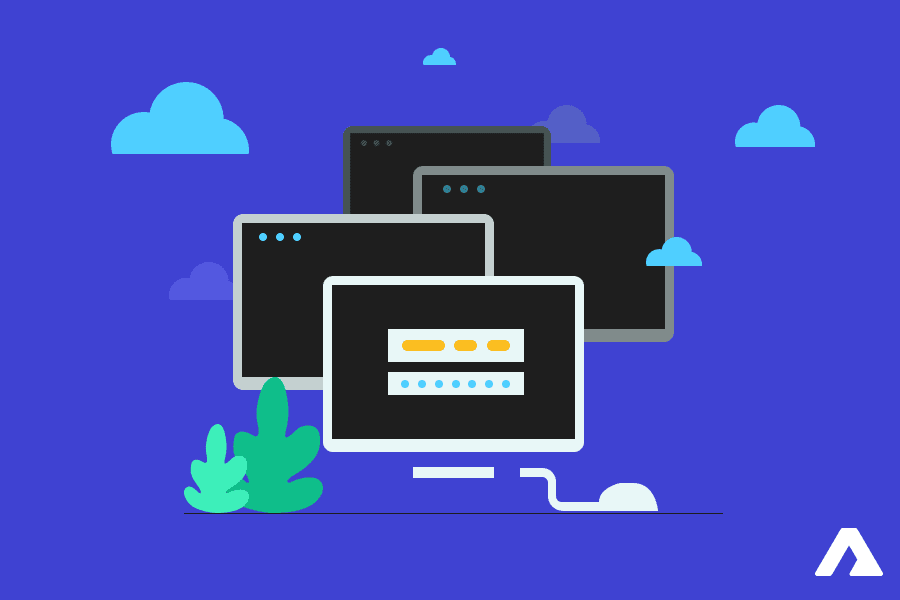 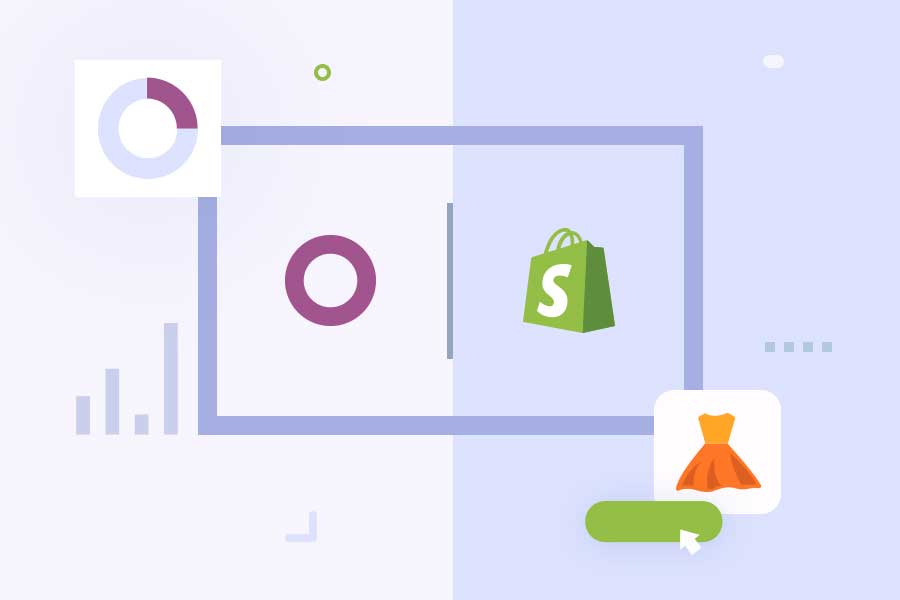 Odoo and Shopify – What to Select and Why

React vs Rails – What to use and when in your Project 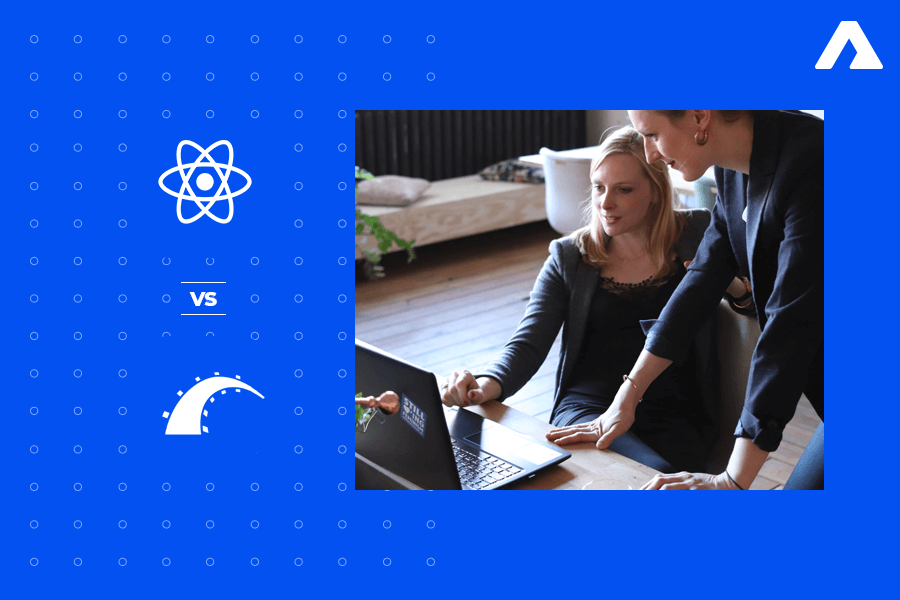 If you are keeping a keen eye for the ideal technology stack for your next project, worry not because there are a multitude of options.

You should select one from all of those options that can work well with your business. Back in the day, you simply had to select the main backend technology to build an application.

Today, you ought to select a frontend technology as well. Researching the web is one decent way to zero in the best fit.

Even if the internet has plenty of options, they will choose the options as per their own understanding and ideas.

Considering that, this article will focus majorly on RoR which is a vital technology that provides immense value to the entire project.

This is especially true when it fuses with ReactJS in the form of the frontend.

Reliable and tested / Exciting and fresh

When someone is creating new technology, the team working on it needs to balance it with the business reality.

There is a state of conflict going on many times between programmers who ought to try new and unique technologies, and the business owners who are more into marketing a great project.

A programmer can see the business arguments clearly if he/she has been on either side of the table.

The best thing is to pick a technology framework that won’t delay or become outdated due to no support from the community, less experienced experts, or problematic hiring of experts who are technology experts.

Consider the following things if you are confused between new and battle-tested technologies:

The Prowess of React + Ruby on Rails

To know how and why people and large companies started using RoR and React here is a classic case example of Cultural Amp (the world’s top-ranked employee feedback and analytics platform).

It states about a decade ago, four people organized Cultural Amp. The consultant collected the employee feedback and then would do their analysis. SurveyMonkey and Google Forms were alternatives.

Even if they provided real-time results, it was quite difficult to do anything with data. Still, people did the analysis.

The team utilized Ruby on Rails and put up a product for the back-end and for the front-end they utilized bootstrap and jQuery. The product functioned well due to the real-time analysis and basic interactivity.

You might be wondering why they utilized jQuery back in 2013. This was because it was popular back then. React was declared open-source in 2013.

The platform was in a dire need of permissions, complex data analysis, and many other tools. The team realized that the front-end was not where it was supposed to be.

Other problems included spaghetti code and upgrade nightmares which is a complicated bug to fix as the other one showed up as soon as the previous one was fixed.

Justin Gordon, the worker a FriendsandGuests.com, a B2C app had a similar experience.

Picture developing a consumer app that is on the lines of Airbnb utilizing Rails and jQuery. For people back in 2014, it was the go-to option. It was still something that could not make the developers happy.

This web application was a hybrid of LinkedIn and Airbnb. Imagine what it would like to be to utilize jQuery and transfer the DOM elements in such a web app.

Also, there would be issues regarding multiple UIs and tracing elements depending on interactions and focusing on business logic at the same time. No developer would want any part in that.

There is another issue with utilizing vanilla JavaScript and jQuery. Surfing from one page to another and reloading the assets results in poor user experience and web performance.

Hence it is not recommended to use jQuery for modern UX.

Advantages of the React and Rails fusion

Once you get to understand how to tackle the issue of picking the well-tested vs new technologies, it is time to focus on the combination of ReactJS with Ruby on Rails development.

Many of the vital advantages of this are:

Marketing Time and Lifespan of Solution

You need to ask three questions while planning a website or app development project:

1. How frequently can you ship?

This is the most vital of all questions. The faster you showcase your project to the clients and testers, the sooner you will understand its direction.

The majority of the projects must be offered in fragments and increasing pieces the moment that they are ready.

This process will make the project easy to complete in small chunks and complete them for the user group.

After their review and responses, you can plan for the next necessary remedial or progression steps.

Hence, this makes it perfect for React and Ruby on Rails Development as they are fast and easy to deliver.

2. How far will the latest technology will suffice our needs?

It is always wise to focus on the longevity of the technology and project with the user’s needs and current usage.

It is a good strategy to use the most efficient technology and then determine if any edits need to be made to concur with the other requirements.

For instance, Facebook was built in PHP. No one would choose this technology to develop a solution to handle requests of billions.

However, the creator understood this and hence, the initial version of it was easily built with PHP. In case the developer would have considered future complications, maybe Facebook would not have existed in our world right now.

B2B Companies that are using React Development with Ruby on Rails

This Germany-based online rental platform that is utilized for construction machines uses Rails solely for the business logic and React for the front-end user experience.

This company utilizes Ruby as the main programming language, React for the UI, and Rails for the server-side configuration.

Rails were picked as the main language due to the speed with which they could dish out their product.

The CTO at TaskRabbit, Brian Leonard states that React is a step-by-step improvement of JavaScript development.

It deals with problems in an easy input/output paradigm reducing errors and enhancing speed.

React native also offers effective cross-platform development that feels very native. It is still not clear as to how to make them work together.

Opendoor has processed more than 4800 real estate transactions and conquered $1 billion in sales for anyone who wants to purchase or sell properties in the US. RoR with Angular, in 2014, was utilized to develop the MVP. They gradually shifted from that to React for the front-end.

The jQuery spaghetti code that they devised left them in shambles with its inefficient performance. React was picked for its benefits in speed and quality and popularity.

Instead of relying completely on Angular, Casper used a combination of Redux+React. The website front-end uses Rails API endpoints and is statics. Its checkout is also combined with Rails.

There is an excellent deal that RoR offers between the amazing features of the technology framework and the considerable cost of development and maintenance.

This is the React and Rails is quite useful. This is because it helps react developers to make the best out of both worlds and develop web apps that fulfill the requirements of businesses.

Should you opt for React, Rails, or both?

Check out the other articles of our blog section if you want to learn about the top 15 reasons to rely on RoR and also the 10 best ruby on rails development companies.

The most popular example that one could go from that roster would be Twitter. It was developed utilizing jQuery and RoR and perhaps the primary version of this application did not even take a few days to get started.

The technology started to progress once the app gained traction and kept increasing the traffic and huge amounts of information.

Finally when you have already known much about RoR and React technologies better to hire a professional Ruby on Rails Development Services or Company to make your next project a success.

More on this topic

Why Ruby on Rails is the Ideal Backend Technology

The importance of backend development is more profound than ever. Websites today offer a number of features not possible in Read more 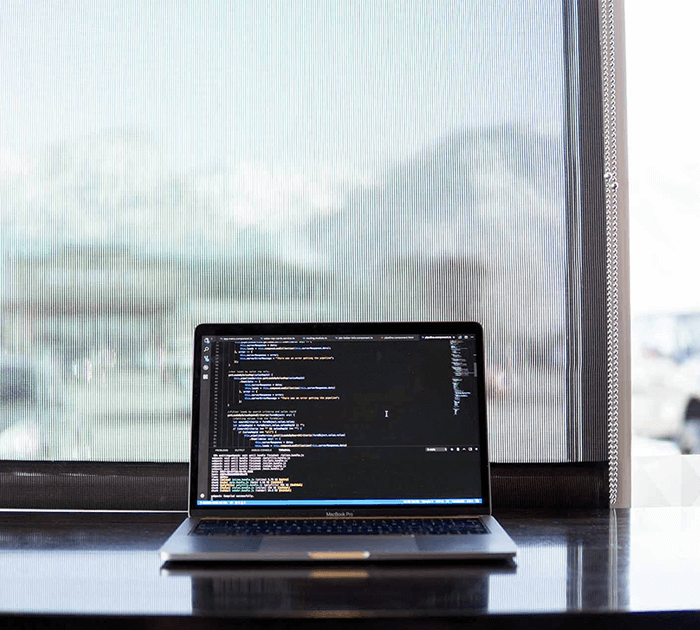 Key Benefits of Choosing Ruby on Rails for Your Project

The prime important thing about any successful web development project is the right decision taken during the challenging situations. For Read more 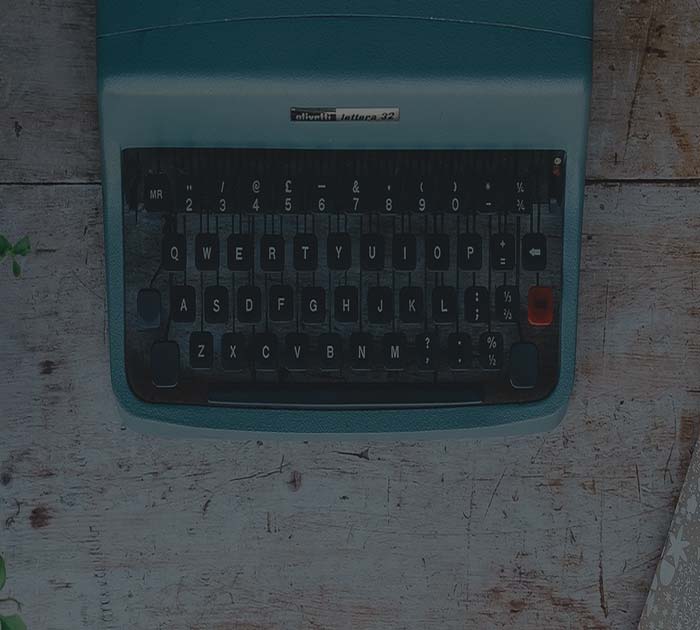 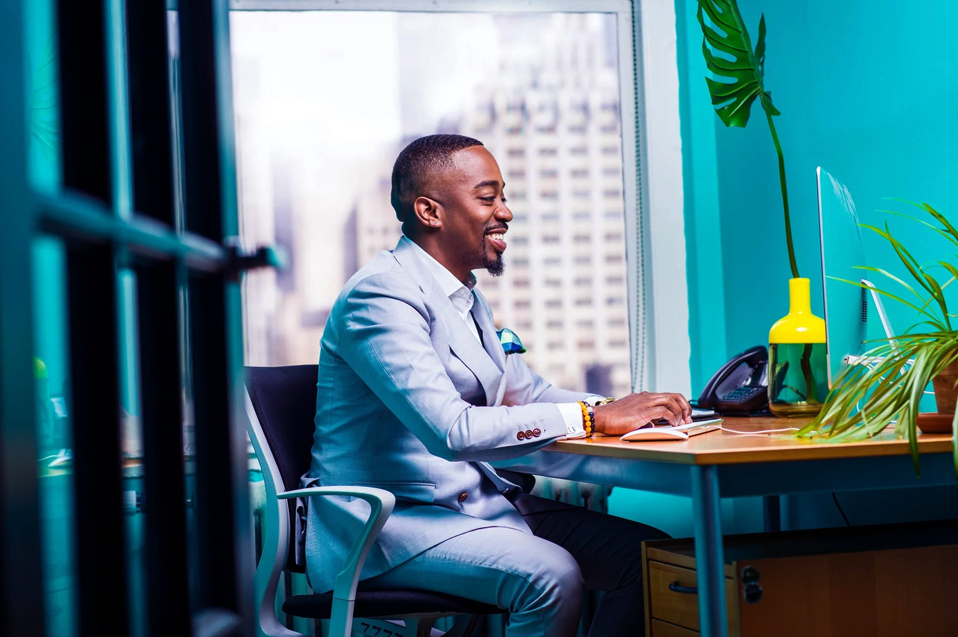